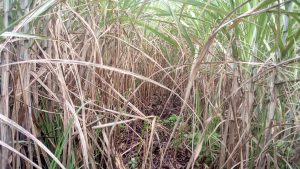 The chancellor for Hoima Catholic diocese has expressed concern that Bunyoro may face hunger due to the increasing number of people engaging in sugarcane growing.

Speaking during an interface with Bunyoro Kingdom officials last evening, Dr Dominic Ndugwa noted that Bunyoro has been turned into a sugarcane growing region since famers have abandoned the growing of food crops in favor of cane.

He said there is a need for the on Kingdom administration to intervene and guide farmers in this matter to ensure food security in the region.

Dr Ndugwa also expressed concern over the increasing land conflicts in the region.

He was optimistic that with oil and gas exploration the problem of issues is likely to increase and challenged the kingdom to have a measure of ensuring that the kingdom subjects have security on their land.

In response, Andrew Byakutaga the Kingdom Prime Minister noted that the kingdom has already developed a land policy that will save people settling on kingdom land from not being harassed and encroachment.

Meanwhile, on the issue of sugarcane growing, Byakutaga said the Kingdom intends to sensitise the kingdom subjects on food security and discourage those with small land not engage in growing of sugarcane