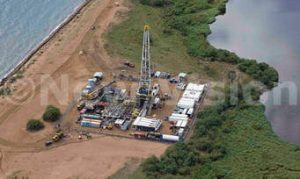 The minister of Energy and mineral development Mary Goretti Kitutu has disclosed that the Final Investment Decision (FID) for oil production will be taken before the end of March 2021.

Kitutu made the disclosure during an interface with the Parliamentary committee on Natural Resources on Wednesday that needed some clarifications on the sector’s Budget Framework Paper for the next financial year.

FID represents the point at which the international oil companies (IOCs) and the Government of Uganda through the Uganda National Oil Company (UNOC) will commit to oil field development.  The project execution phase should commence shortly after FID with significant expenditure on building the production facilities.

The Executive Director of the Uganda Petroleum Authority (PAU) Ernest Rubondo told MPs that before the end of the first quarter of the Calendar year, the FID will be taken and following this, four main projects will take shape with each of the projects costing over $3bn.

He disclosed that oil will not begin to flow until after a three year construction period.

He appealed to the MPs that the PAU will have to be adequately funded in order to meet the challenges of regulating the industry in light of the extensive investments he outlined.