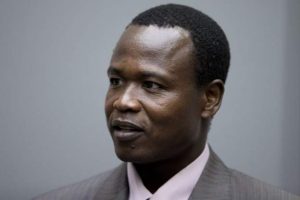 The International Criminal Court in the Hague will on Thursday deliver a verdict for the Lord’s Resistance Army (LRA) commander Dominic Ongwen.

He is charged with 70 counts of war crimes and crimes against humanity, for atrocities committed in Uganda’s northern region.

The rebel group that he and others commanded terrorised the country’s entire northern region for nearly two decades, murdering and abducting people.

It was a brutal conflict in which the LRA, led by Joseph Kony, forced children to commit atrocities against their own families.

Dominic Ongwen himself was abducted as a schoolboy and was later trained and turned into one of the rebel outfit’s fiercest fighters.

One of the issues in the trial has been the victim versus perpetrator debate.

His legal team argued that he cannot be held responsible for atrocities he was trained and brainwashed to commit and have asked for him to be acquitted.

The prosecution said he could have left the rebel movement when he became an adult at the age of 18.

The Acholi community which the 45-year-old is from has its own traditional justice system, which focuses on forgiveness and reconciliation.

Many here feel that the former rebel commander should have been given the chance to be judged by his people.

In the years since the LRA left northern Uganda, the community has tried to pick up the pieces and rebuild. But the effects of the conflict will be felt for generations.

The ruling by the ICC will be the first to be dealing with crimes by the LRA.