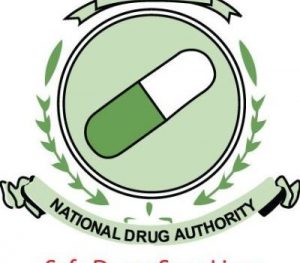 At least 20 veterinary drug shops have been closed and 25 boxes of unsorted and expired veterinary drugs impounded during a two weeks operation by National Drug Authority-NDA in Bunyoro region.

Christopher Luzinda, the NDA Regional Manager explains that the closed veterinary drug outlets were being manned by unqualified personnel who were giving wrong prescriptions causing drug resistance and other health related risks to animals including death.

The operation was conducted between 18th January to 4th of February in the districts of Hoima, Kikuube, Masindi, Buliisa, Kiboga, Kiryandongo, Kagadi, Kibaale, Kakumiro and Kyankwanzi

Addressing a press conference at their regional office located on Main Street in Hoima Town on Thursday, Luzinda noted that the operation led to the inspection of 137 veterinary drug outlets from 55 trading centers of which 20 outlets were issued with closure notices and closed.

They also impounded drugs worth over Sh15 million.

Patrick Ntulume, the Hoima District Veterinary Officer welcomed the operation but advised farmers to seek advice from qualified veterinary doctors before procuring any drug to help in the prescriptions and application.

NDA licensing guidelines of 2019 state that, drugs shops are supposed to be run by professionals with approved medical pharmaceutical or veterinary qualifications and must be registered with the professional council.