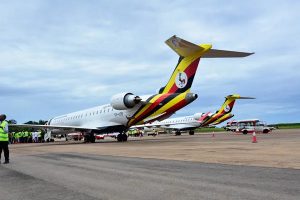 Rolls-Royce says the agreement will give Uganda Airlines a secured cost of operating and maintaining their Trent engines, through a dollar-per-flying-hour payment mechanism.

According to the Uganda Airlines CEO, Cornwell Muleya, the agreement will ensure that the Airbus Trent 7000 engines are maintained to world-leading levels of service.