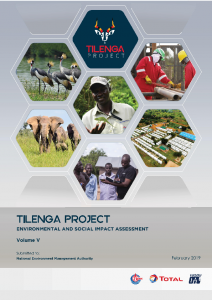 A new wave of oil and gas developments is expected in the Albertine Graben’s Tilenga project valued at over two billion dollars while the deal was awarded to foreign firms, Ugandans can still cash in.

The participation of Ugandans depends on how prepared to take advantage of the local and national content provisions in the oil and gas laws.

An official from one of the companies chosen by Total to develop the Tilenga project says Ugandan companies will definitely take part of the two-billion-dollar deal.

Jason Williams, a senior Director for Europe, Middle East and Africa with McDermott International says his consortium Sinopec International Petro will ensure that Ugandan companies take part of the jobs.

Speaking at the virtual 7th Oil and Gas Convention 2021, Jason William, also the Global Subcontracting lead says they will ensure compliance with local and national content requirements of jobs and deals for Ugandans.

He says with all those in mind, Ugandans should be prepared either through joint ventures, or individual companies for subcontracts in support and operations where a construction camp and the facility crossing River Nile.

“Having done many projects in Africa, I would like to start all my contracting strategy discussions with a discussion with adherence to national content discussions.

What kind of goods and services are ring-fenced for Ugandans? Some of the jobs and services at this stage will according to Williams require joint ventures and partnership by Ugandan plaers.

The consortium’s construction / execution strategy provides for areas like supply of building materials like cement, stones etc ring-fenced for Uganda.

Joint ventures or individuals preparing to earn from the deal should be prepared to undergoes a competitive tendering process.

The construction of  camp s  and the central processing facility among others is projected  to create between 2500-3000 people at the peak of the project.

Apart from the jobs, firms registered under the national oil and gas supplier’s data base can win deals in areas like camp management facilities, power generation to the camp, medical services and temporary construction facilities.

In terms of support services, Jason Williams revealed that everything from personnel management, payroll and HR services will be needed from Ugandans.

While Jason William’s said the flow line in terms of requirement will have to be strictly complied with during the execution phase, Total E&P Uganda General Manager Pierre Jessua there could be some flexibility but under some unforeseen circumstances .

Petroleum Authority’s Director Fort Development and Production  Alex Nyombi said the  McDermott International and Sinopec International Petro consortium deal were vetted by the government before it was awarded by Total.

He says the consortium will be required to advertise all the subcontracting deals so that to ensure a level ground during the tendering process.

Tilenga project is located in the Lake Albert Basin, Republic of Uganda and is the centerpiece of oil projects projected to bring investments of over $10 billion to Uganda and Tanzania. Tilenga includes six oil fields and will feature 426 oil wells at full production.

Construction and commissioning (EPCC) services for the development of an onshore oil field that will generate up to 200,000 barrels per day (BPD). It will consist of 31 well pads connected to a central processing facility (CPF) via buried flowlines.