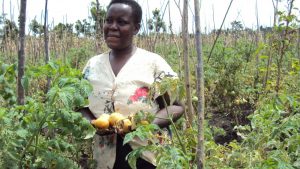 Three farmer groups in Hoima district are set to benefit from the matching grant facility which is funded under Agricultural Cluster Development Project –ACDP.

ACDP is a five-year government project that was initiated by government in 2018 to improve on-farm productivity, production, and volumes of selected agricultural commodities in specific geographical clusters of the country.
According to information from the Hoima district production officer Charles Kajura indicates that Hoima district has received Sh338, 764,864 million which will be shared among the three groups.

The groups include Kwataniza Women Farmers Group which was allocated with Sh107, 750,000m, Agateraine Farmers Group will get shs96, 911, 800 million and Hoima District Farmers Association Limited will be given Sh134, 103,064m.

The funds will be used to establish Agro-processing facilities and value addition equipment which will facilitate the farmers to add value on their crops such maize and rice.