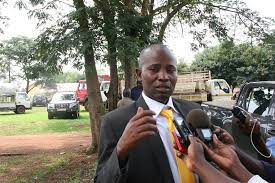 The former Buhaguzi County Member of Parliament in Kikuube district, Daniel Muhairwa has lost his bid to retain the seat after court dismissed his election petition challenging the election of Francis Twinomujuni Kazini as the duly elected area MP.

Kazini of the National Resistance movement garnered 20,761 votes against Muhairwe’s 18,788 votes in the January 14th, 2021 elections while Herbert Kato of the Alliance for National Transformation-ANT came third with 1065 votes.

However, Muhairwe who contested on an independent ticket rushed to court challenging the victory of Kazini who he accused of having forged academic papers, variations and inconsistency of his names on his academic papers.

He says Kazine lacks the minimum academic qualifications for election as a member of parliament.

Muhairwe further contended that on the Election Day, his supporters were intimidated by Kazini’s camp, and that there were electoral malpractices and voter bribery.

However, on Tuesday afternoon while at Masindi high court, Justice Musa Sekana upheld Kazini’s victory, saying that he was duly elected as the Member of Parliament for Buhaguzi county.

Speaking shortly after the ruling, Kizini says justice has prevailed and vowed to continue serving the people of Kikuube.

Muheirwe declined to speak to the press when reached for a comment saying he was still busy occupied.

Meanwhile Dr. Joseph Ruyonga of the National Resistance Movement-NRM has retained his seat as the Member of Parliament for Hoima West Division in Hoima City after the high court in Masindi dismissed the election petition filed against him by his closest rival Ismail Kasule of Alliance for National transformation-ANT.

Other candidates in the Hoima west division constituency included Ronald Tumusiime who had 5075 votes, Shem Byakagaba who had 1681 votes and Geoffrey Beraheru who had 426 votes, all independent candidates.

However, Kasule who came second in the elections dragged Ruyonga and the electoral commission to Masindi high court alleging that there were several irregularities during the counting and declaration of results by the Electoral Commission.

He further contends that there was voter bribery and intimidation of his supporters and voters during the course of the elections.

However, in a ruling on Tuesday, Justice Musa Sekaana dismissed the petition with costs due to lack of substantial evidence to prove the allegations against Ruyonga.

Court also ruled that the petition failed on several procedural grounds after it was established that most of Kasule’s documents were not properly commissioned as required.

Speaking in an interview with Spice FM, Ruyonga says he expected the victory to be on his side saying he won the elections genuinely.

He has however called for cordial working relationship with Kasule to cause development in Hoima West division saying he should concede defeat.

After the court ruling, Ruyonga, lawyer, Bainaga John Paul and Company advocates noted that they are going to slap costs on Kasule for filing petitions he could not support with evidence.