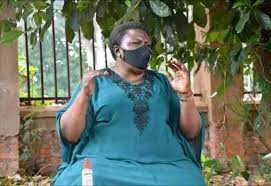 Patrick Baguma the acting District Health Officer Masindi has been interdicted and arrested over abuse of office.
According to a letter dated January 31, 2022, the Masindi Chief Administrative Officer Phiona Ssanyu is accusing Baguma of failure to account for public resources, unauthorized use of government resources, making false settlements and failure to account for public resources.

Baguma ia also accused of insubordination, causing financial loss to government, acting in a manner which brings public service into disgrace, acting against public interest, failure to supervise staff, refusal to comply with lawful instructions and failure to comply with performance management requirements.
Ssanyu says the actions and inactions of Baguma contravene the Uganda Public Standing Orders 2021, and the code of ethics and conduct of the Uganda Public Service.

Rose Kirabira Kobusinge, the Masindi Resident district Commissioner-RDC has confirmed the arrest and detention of Baguma saying he is being investigated on several complaints put against him.